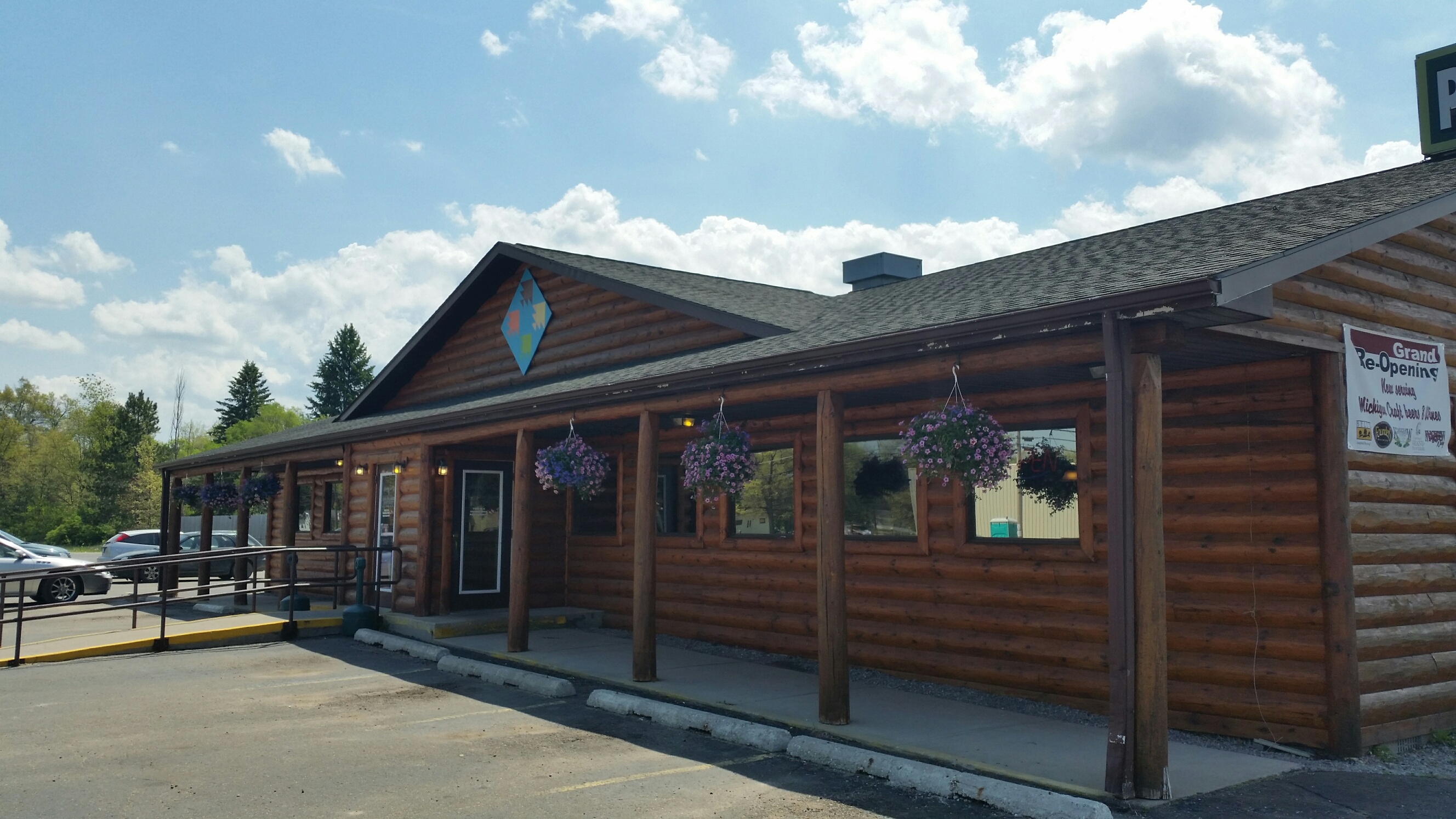 We Undercover Divas were driving up north from the Metro Detroit area and stopped at the AuSable River Restaurant in downtown Mio, Michigan, (on M-33) for a quick lunch. This was not one of our wisest decisions. The outside of the Restaurant is quite pleasant, it has that country log cabin, rustic-comfort look. Inside wasn’t bad, either. Restaurants in northern Michigan are much smaller than in the metro area, but make up for it with their cozy, homespun charm of clean, country living.

The AuSable River Restaurant was much larger than any of the restaurants we have visited on our travels in Northern Michigan. Upon entering, we first noticed a signboard listing daily specials.  So far, so good. Then we noticed how large the restaurant actually was. There was a salad bar at one end of the room, just outside the kitchen area, and it looked inviting. That was what I wanted!

Things went downhill from there. A cranky hostess showed us to our table. There was only one other table occupied in the whole area, but we were not given a choice. She gave us the menus and disappeared for quite a while. When she returned, we asked her about the specials on the board as we entered the restaurant. She said she didn’t know anything about the board, and walked away.

Our travel schedule did not allow us time to spare, so we did not want to make a day of her coming and going without accomplishing anything. She came back to the table and just stared at us without a word. I ordered the salad bar and a chicken sandwich off the menu. The other DIVA ordered a club sandwich. The salad bar was not spectacular, but not bad either.

Much later, she came back with our food. The club sandwich looked good, but she gave me a salad with a few small hunks of chicken on top. It was not what I ordered. She said yes it was. I told her I would not order the salad bar and then a salad off the menu, that makes no sense. She said, yes it does, and walked away. I called her back, told her that this was not what I wanted, she again told me, yes it was, and left.

I was upset, disappointed, and took the salad to go. We tipped out of habit. We will not be back.

The food was not our complaint here. It wasn’t bad, but not impressive. Our server was not motivated and not friendly, knew nothing about the menu, and didn’t even know there was a specials board when you walked in.  When asked, she just shrugged. Our experience was not a good one.