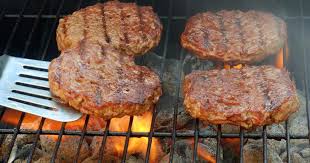 BBQ season is upon us, and time for the first big outdoor cooking event of the year (well, at least for those of us in the Midwest!).  It’s Memorial Weekend, a time to share our Secrets to Great Grilling!  Here are a few tried and true lessons for all of you home grillers:

We will take it one step further than that- Put those burgers in the oven before grilling.  Yes, the single-flip mafia out there will tell you that you only flip a burger once, but rudimentary science and a little experimenting will show that this is flat out wrong.  Flipping every 15 seconds will produce a more evenly cooked burger, and a low temp start in the oven before putting on the grill will produce the best grilled burgers you have ever had!  Helpful link on this here.

Mac and Cheese goes great with a backyard picnic during grilling season.  Any mac and cheese recipe should be more of a guideline, and should be flexible enough to change based on the event, the mood, and the parties enjoying it.  A few important points:

This started about a decade ago, and needs to go away- don’t pre-soak your corn on the cob before going on the grill.  If you want to do the boil technique and not use the grill, that is great, but when grilling corn on the cob, Mother Nature has the corn all ready for the grill, thank you very much!  Many people do like to cook the corn on the cob in the husk, but that is also more for effect than anything else.  Want perfect grilled corn on the cob?  Husk it, remove the silk, and put it on the grill.  You might not look like you know some cool technique, but your corn will taste better… much better than anyone who soaked it before. A cool article on that here.

There is nothing better than the tastes of chicken or pork that has been grilled with a little sweet BBQ sauce, creating little crusts on the corners and in the crevices.  However, keep in mind how and when to apply.  The more sugar in a sauce, the quicker and more pronounced the burning.  For instance, we love to grill chicken wings, but when we are in the mood for grilled wings with a sweet BBQ sauce, we start with just a toss in a high-smoke point oil, like Canola, along with some salt and pepper.  We grill them until almost done, and then apply a coat of the sweet BBQ sauce, flip a few times, while watching carefully for burning.