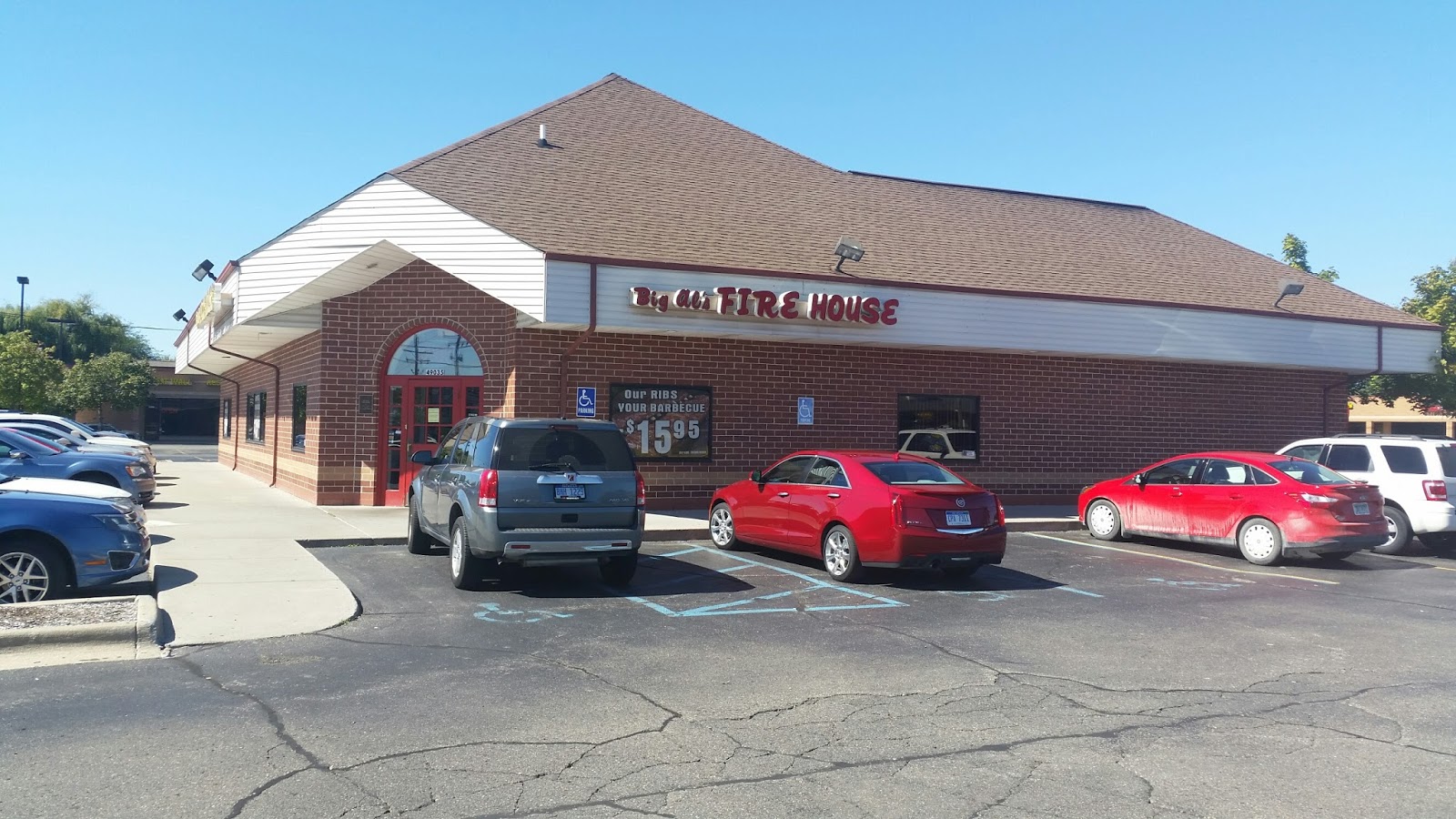 We were passing through Shelby Township at lunchtime and the DIVAS were hungry. As we reached the corner of Schoenherr and 22 Mile Rd. in northern Macomb County, we noticed Big Al’s Firehouse in the strip mall. Lots of cars in the lot so we decided to stop and try something new.

We were greeted at the door, and directed through a bar area where people were having a good time watching a Detroit Tigers game on the TV. The hostess led us to the main room to be seated. There was a small salad bar on the back wall and firehouse memorabilia decorated the room. It was a bit past lunchtime and there were still lots of customers. Our waitress brought us a “bag” of hot rolls and an assortment of butter and a ranch spread for the bread, they were very tasty.

There were a number of lunch plates on the menu, but I decided to try a daily special, which was a half slab of BBQ ribs with Big Al’s special sauce ($11.00). The rib plate came with two pieces of Texas Toast, and the Texas buttered toast was almost as good as the ribs. The rib plate included a trip to the salad bar. The other DIVA had a BBQ Brisket and Cheddar sandwich with fries. It also included either a trip to the salad bar or a bowl of homemade soup ($10.00). The ribs were mouthwatering, and the brisket was delicious.

Big Al perfected his rib recipe cooking for the guys at a firehouse when he was a fireman. With his refined skills, he opened Big Al’s Firehouse Restaurant. The tender meaty bones of these ribs are smoked with his secret dry rub. I was glad I ordered the ribs because they were really fall-off-the-bone good, with his signature sweet sauce.

Service was quick and friendly. The food was really good, portions were large and prices were reasonable. Everything from the salad bar to the sandwiches were fresh and appetizing. Big Al’s Firehouse Restaurant is located at 49035 Schoenherr in Shelby Township, Michigan. They are open seven days a week for lunch and dinner.