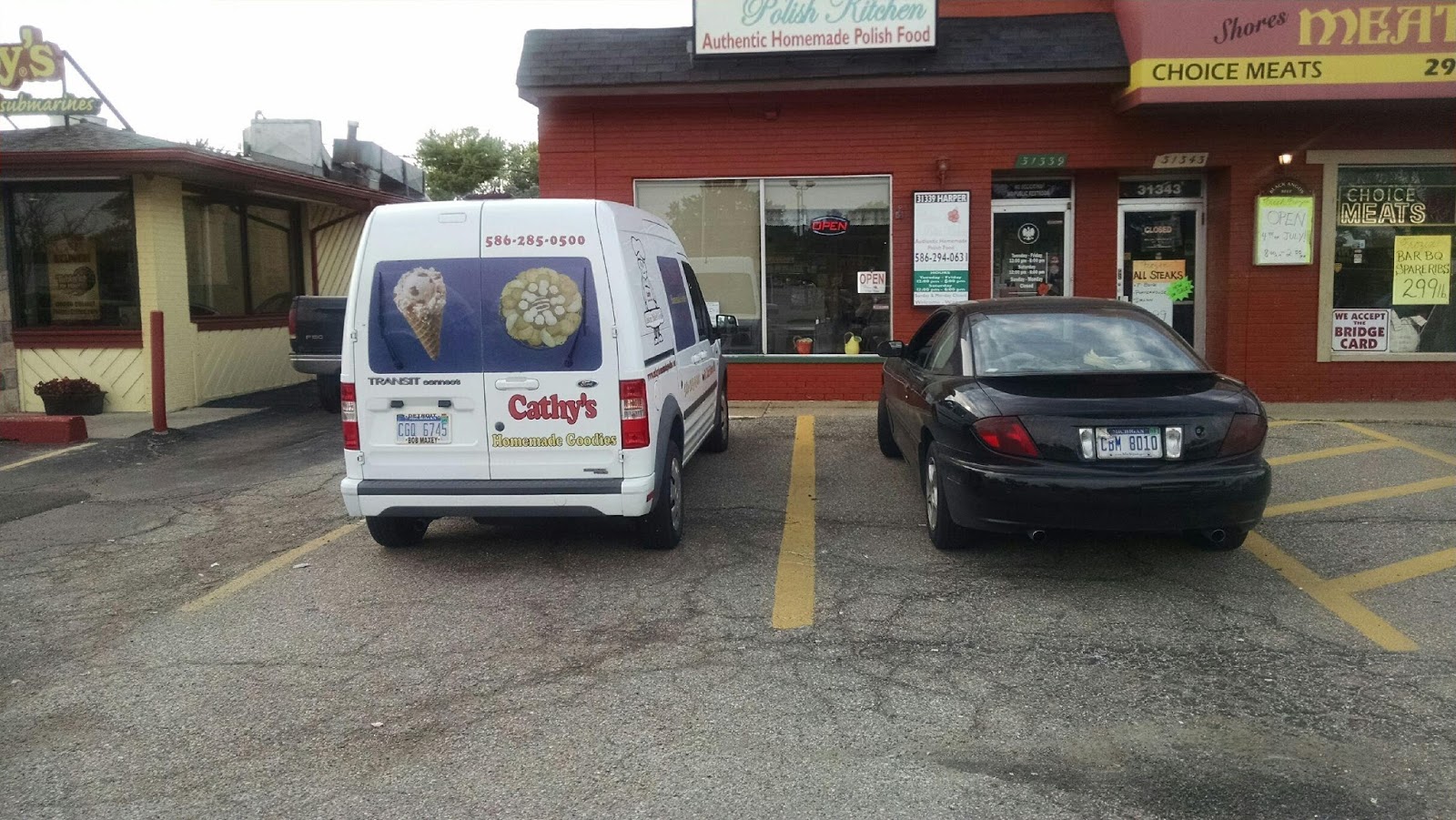 A recommendation from a follower of The Undercover Divas sent us to Celina’s Polish Kitchen in St. Clair Shores, Michigan. It is an eat in or carry-out place for Polish food. Upon entering, we noticed there were only three tables for eating. We were welcomed by Cathy as we arrived.

Step one is going to the counter and making your choices from the menu on the wall. Polish dinners are ordered by number and they had about everything we have found available at the Polish restaurants in Hamtramck. Homemade soup of the day (vegetable soup today) is listed on the wall and variations of the day’s pierogies were on a sign on the counter. There were at least six different types, and all sounded appetizing. For those that love authentic Polish, there was a dill pickle soup as one of the dailies, just not available the day we were there.

Step two is deciding to eat in, as there was a table available. While waiting for our food, we noticed how many customers came in for carry-outs. There were many and their orders were filled quickly. Some had called ahead (586/294-0631) and were in and out. Our food for eating-in also didn’t take long. If you choose this option, you will be given plastic silverware, which was OK with us as everything was tender enough to withstand the plastic. Food was exceptionally good and authentically polish. We also enjoyed chatting with Marg, she brought our food out and made sure we were happy with our choices.

Celina’s Polish Kitchen is under new ownership. A very nice lady named Catherine Mazey is the new owner and is doing a spectacular job. Cathy makes everything to order. There is an extensive “Party Carry-Out” menu available at the counter.

The place was clean, the food tasty and authentically Polish, but you won’t get the huge portions the Polish grandmothers give you at the restaurants in Hamtramck. The DIVAS enjoyed the visit and will be back. Celina’s is located at 31339 Harper, just north of 13 Mile Rd. in St. Clair Shores (near McDonalds) in a strip mall. They close at 6 pm so plan accordingly, Sundays and Mondays they are closed.   We appreciate all your recommendations to try different restaurants and hope you will keep sending us your ideas for reviews to TheUndercoverDivas@gmail.com

Special Attention: In addition to Celina’s Polish Kitchen, Cathy owns Cathy’s Homemade Goodies a few doors down, at 30910 Harper. She had lots of her goodies on display in one of the cases. There were different kinds of cookies and other baked goods. Her “Homemade Goodies” store has many homemade items available, including homemade ice cream. They looked good but we were just too full for any dessert. Next time for sure!