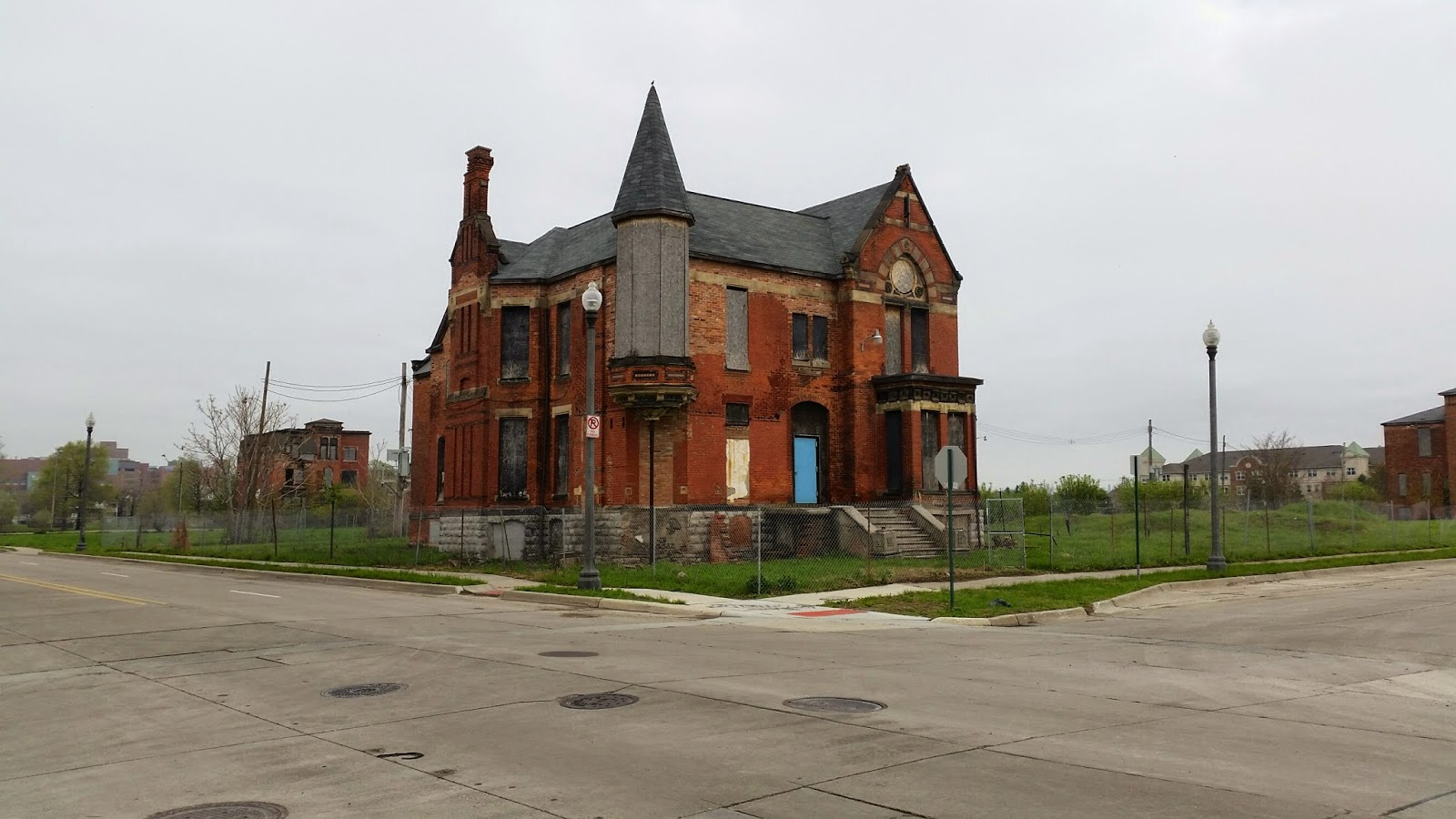 The Undercover Divas are out and about in the downtown Detroit area.  We have been hearing about a historical house where much seems to be happening.  Not wanting to be left out, we decided to explore.

Our research led us to Brush Park, just outside of the downtown area.  One of the abandoned historic mansions in Brush Park, the Ransom Gillis House, is getting a good bit of attention.  It will appear in the new Batman vs. Superman:  Dawn of Justice, movie.  This historic house is one of the few homes from the mid-1800’s left in this Detroit neighborhood.  Filming has been completed and word on the street is that this Brush Park mansion will be the new Wayne Manor in the film.  We decided to visit this “dark, Creepy Gotham” neighborhood, and were surprised at what a hidden jewel this neighborhood appears to be.  Many of the mansions in the area are gone, demolished, burned, etc.  There are a few standing here and there, but most in need of serious renovations, including this Ransom Gillis House.

That brings us to the real reason The Undercover Divas decided to do some investigative work.  Seems that this Ransom Gillis House is the newly-announced project for Nicole Curtis, of the Rehab Addict show on HGTV.  This house is perfect for the show.  Nicole works for the restoration of existing homes over demolition.  She has done other homes in the Detroit area, and brought them all back to their full glory.

As you can see from the pictures we took today, the Rehab Addict project has not yet been started.  Across the street is the Brush Park urban garden, and when we look down the block, we can see Comerica Park and Ford Field.  The Renaissance Center, home of GM, is also visible.

We were impressed with improvements already underway in the neighborhood and will be watching, and updating, with new developments.   Detroit is a city full of pride, on the come-back trail, reinventing itself along the way.  It is coming back more innovative and powerful than ever imagined and we are excited to do more exploring in Detroit this summer.