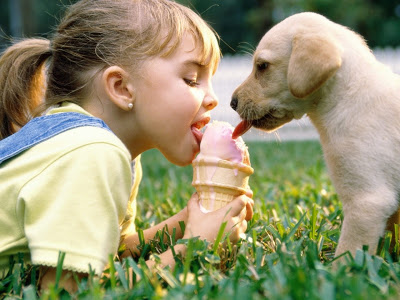 The Undercover Divas were out last night, searching for something, but we weren’t sure what that was.  We had a delicious dinner, but it just wasn’t exactly what we were looking for.  Suddenly, Annod knew what we were missing… Ice Cream.  It was the perfect answer, for we do believe in the saying, “Eat Ice Cream, Be Happy.”   We did some investigating and learned some interesting facts about ice cream and decided to share them with our Undercover Diva friends.

A cow gives enough milk to make two gallons of ice cream per day, that’s 730 gallons per year.  It takes three gallons of milk to make one gallon of ice cream.  It takes about 50 licks to finish a single scoop ice cream cone.  “Brain Freeze” occurs when ice cream touches the roof of your mouth.  One in ten people admit to licking the bowl clean after eating ice cream while one in five share with their pet.

Premium ice cream has between 11% and 15% butterfat, which makes it richer, denser and high in calories.  Regular ice cream, what you would find in containers in the grocery store, contains 10% butterfat.  Reduced fat ice cream has 25% less fat than the regular ice cream.  Soft serve ice cream is the same as regular ice cream but is served at a higher temperature.  Gelato has more milk than cream, so its fat content is significantly lower.  It doesn’t saturate your taste buds as much as ice cream so the flavor seems more intense.  It is usually flavored with fresh fruit, nuts, chocolate and other natural flavors.

Did you know:   In Canada, more ice cream is sold in the winter months than in the summer.  February 4th is the National Ice Cream for Breakfast Day.  For TV commercials, “Ice cream sundaes are often constructed of scoops of lard or mashed potato covered in motor oil.   Hawaiian Punch was originally an ice cream topping.   The major ingredient in ice cream is air!   The U.S. ice cream industry generates more than $21 billion in annual sales.  Some weird flavors of ice cream include maple bacon, beer flavored, and pepperoni pizza.  In 1985, the biggest ice cream sundae was made in California. It stood twelve feet tall and was made with 4,667 gallons of ice Cream.  The cone didn’t appear until 1904, when a Syrian waffle maker at the St. Louis World’s Fair began rolling his pastries into horns to help an ice cream vendor who had run out of dishes.  The idea of the ice cream cone had been patented a year earlier, in 1903, by an Italian in New York City, but the fair popularized it.  Today the average American eats about 20 quarts of ice cream a year―the world’s highest per capita consumption, according to the International Dairy Foods Association.