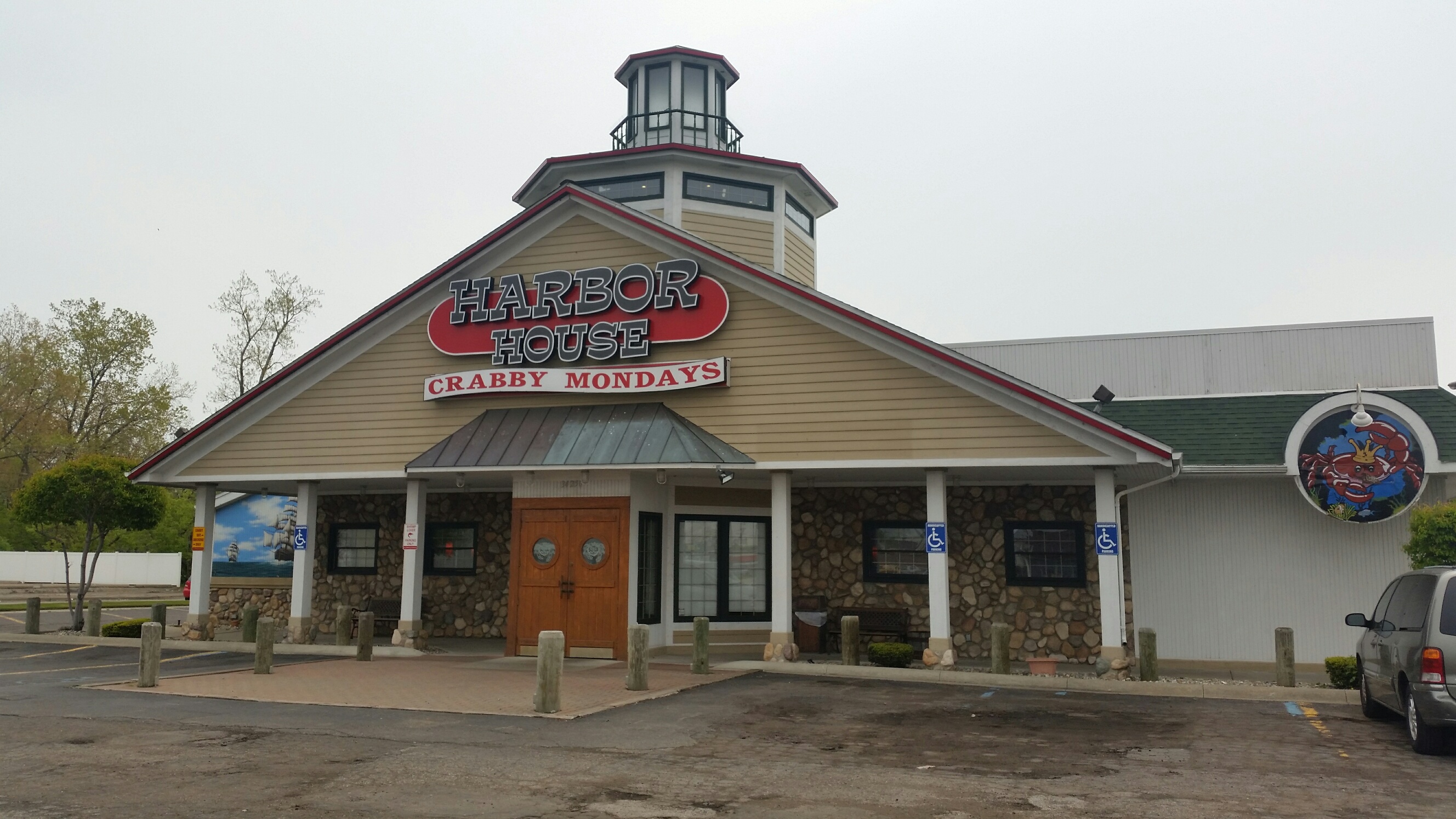 Hello Undercover Diva friends.  Our recent visit was to the Harbor House, in Clinton Township, MI.  They are known for their “All You Can Eat” table service meals, and offer a full bar with daily drink specials.  Tropical sea paintings on the walls surround the dining room, with a live lobster tank in the lobby.  They are open noon until 11 pm, seven days a week.  Suse and I have been here many times, but Gini has never been.  We walked in and we were acknowledged quite quickly.  This was a good start.

There was a salad bar and an area that included two soups and a few extra sides:  chicken wings, macaroni and cheese, etc.  I had to ask if more wings and the macaroni and cheese were coming out because they were almost gone and dried up.  The waitress said she would check on it, it never came out.  Once we got back to our table with our salads and soups, we were waiting quite a while for our drinks, mushrooms (complimentary) and bread.  We had to ask for it.

The breaded mushrooms Suse and I have always loved were greasy, but they were very hot.  The soup was good, but too spicy.  Gini could not finish it, and she loves spicy.

Once we received our entrees, we were pretty happy.  Gini got pork chops with a baked potato, as did I.  Gini’s potato was overcooked but didn’t ask for another because of the wait time.  My potato was perfect.  Suse had the BBQ ribs, which she enjoyed, they fell off the bone.  The ribs dinner is only two ribs, but they will bring you two more as many times as you request.

On our second round, I decided to stick with the pork chops, which I really enjoyed.  Gini had the ribs with Suse getting the London Broil, which came out to her extremely tasteful, tender and perfectly cooked.

Our waitress wasn’t very attentive but at the end started being friendly, and it wasn’t very busy on that evening (Friday).  As we finished, I decided to have some of the rice pudding that was on the salad bar and it was really good.

We have mixed reviews on Harbor House, which is located at 34250 Groesbeck Highway in the Township of Clinton, MI.  Base price for the “All You Can Eat” entrees was $21.99.  If you wanted the better cuts of steak or prime seafood, it was more.  We felt the prices were too high, salad bar lacked care, servers were slow, in a friendly way, but hats off to the chef, who prepared very good main courses.  Overall, the DIVAS gave it a three Diva rating.

Update:  We have returned to Harbor House since and have found service to be much better and the salad bar much improved.  They seem to have found a different way of preparing the mushrooms as they were not at all greasy and were very good.  New additions have been added to the “all you can eat” menu, and we loved the perch and salmon.  Our first choice is still the London Broil.  They have added a Seniors Special.  For $14.99, a senior would get the salad bar and two main course choices.  The Harbor House is much improved since our initial review and we would recommend checking it out, as we did.