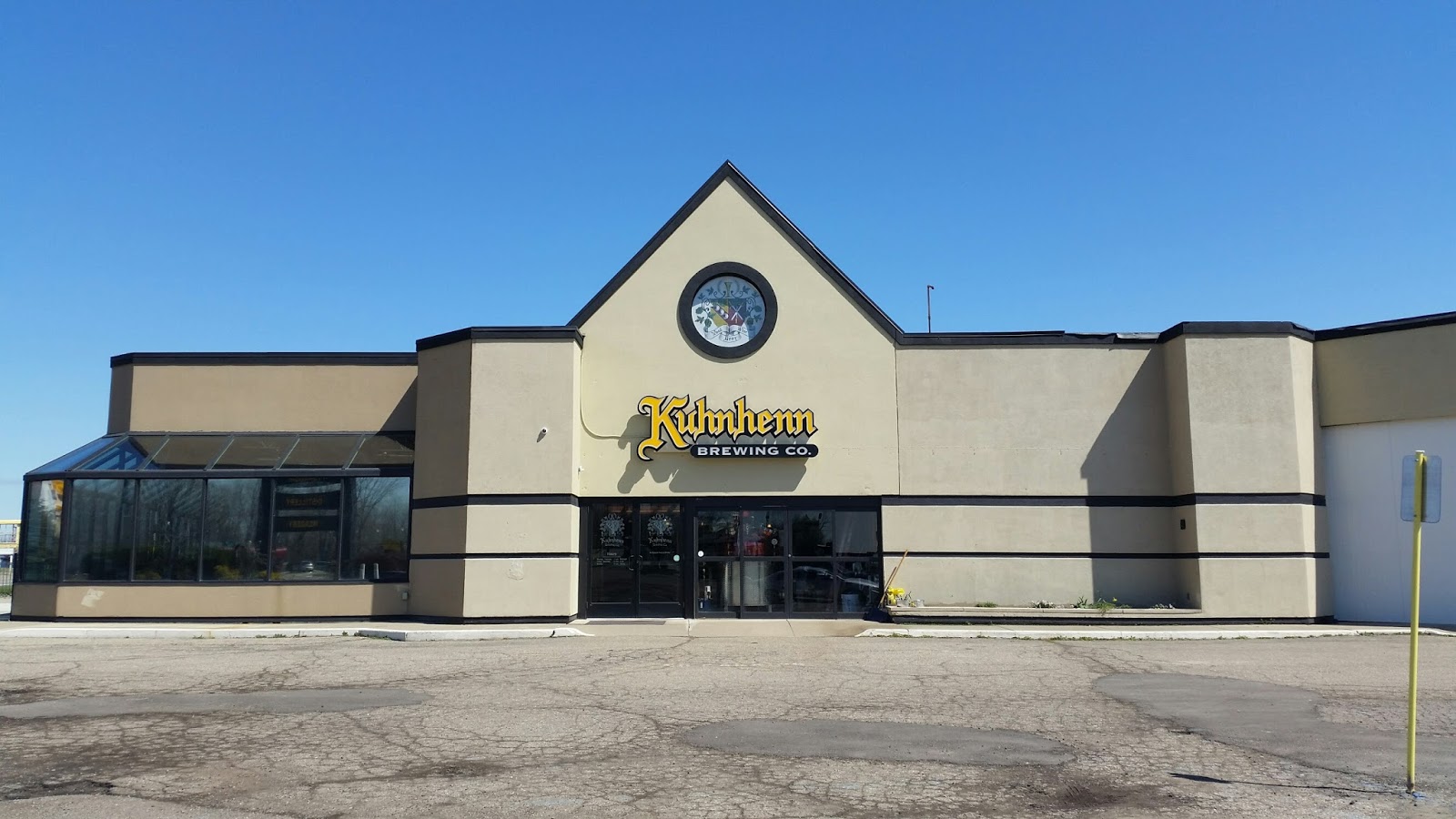 New to Clinton Township, Michigan, is a branch of the Kuhnhenn Brewing Co. of Warren. Since we were in the area, it was early afternoon, and we were looking for someplace new, we Undercover Divas decided to investigate.

Upon entering the spacious, walnut lined area, we noticed the new taproom and restaurant has about double the capacity of the parent location in Warren. Seating is mostly large, communal tables, with plenty of cozy, small tables around the outside of the room. Kuhnhenn has lots of seating areas to congregate with the new capacity for 280 people. There are windows everywhere, and in one corner, a shiny new distilling operation. In the rear of the taproom, there are large windows facing the brewery’s production facility.

We sat by the windows at a small table so we could observe. Although the lunch crowd had left, there were still many patrons enjoying the different beers. Our server, Julie, brought us menus and cheerfully told us of the many beers available with “distinct personalities.” The Double Rice IPA (9.5% alcohol by volume) is the company’s flagship beer. The bold citrusy imperial India Pale Ale with a crisp finish was recognized with a gold medal in the 2012 World Beer Cup. Meads, ciders, whiskeys and more, made by Kuhnhenn, are available in addition to the assortment of craft beers.

Menu choices were limited, but we were able to find some interesting selections.  We were told their “Duck Fat Fries,” (battered in beer) were a menu favorite.  The “Shareables” intrigued us so we ordered a Kuhnhenn Artisanal Cheese Board. This was made of Artisan cheeses, fresh fruit, jam, an olive mix, hummus, rustic bread and crackers ($13). We also shared a platter of Traditional Wings. They were bone-in wings, deep-fried to perfection, served with three sauces: blue cheese, honey mustard, and a buffalo sauce ($8). We enjoyed every last morsel.

Michigan’s craft beer scene has exploded in recent years with well over 200 breweries. Brothers Bret and Eric Kuhnhenn started homebrewing in 2001 and now have a six kettle brew on the premises that allows them to make experimental beers. The brothers brew about 80 different beers, most of these beers are small batches made for annual events. Kuhnhenn’s is also known for brewing seasonal and experimental strong beers.

We enjoyed our visit.  The place is brand new, ultra clean, friendly, and a great place to meet up with friends after work. They open at 11 am for the lunch crowd. Their Clinton Township location is on Groesbeck Hwy, just south of 16 Mile (Metro Parkway). Telephone number is 586/231-0249.