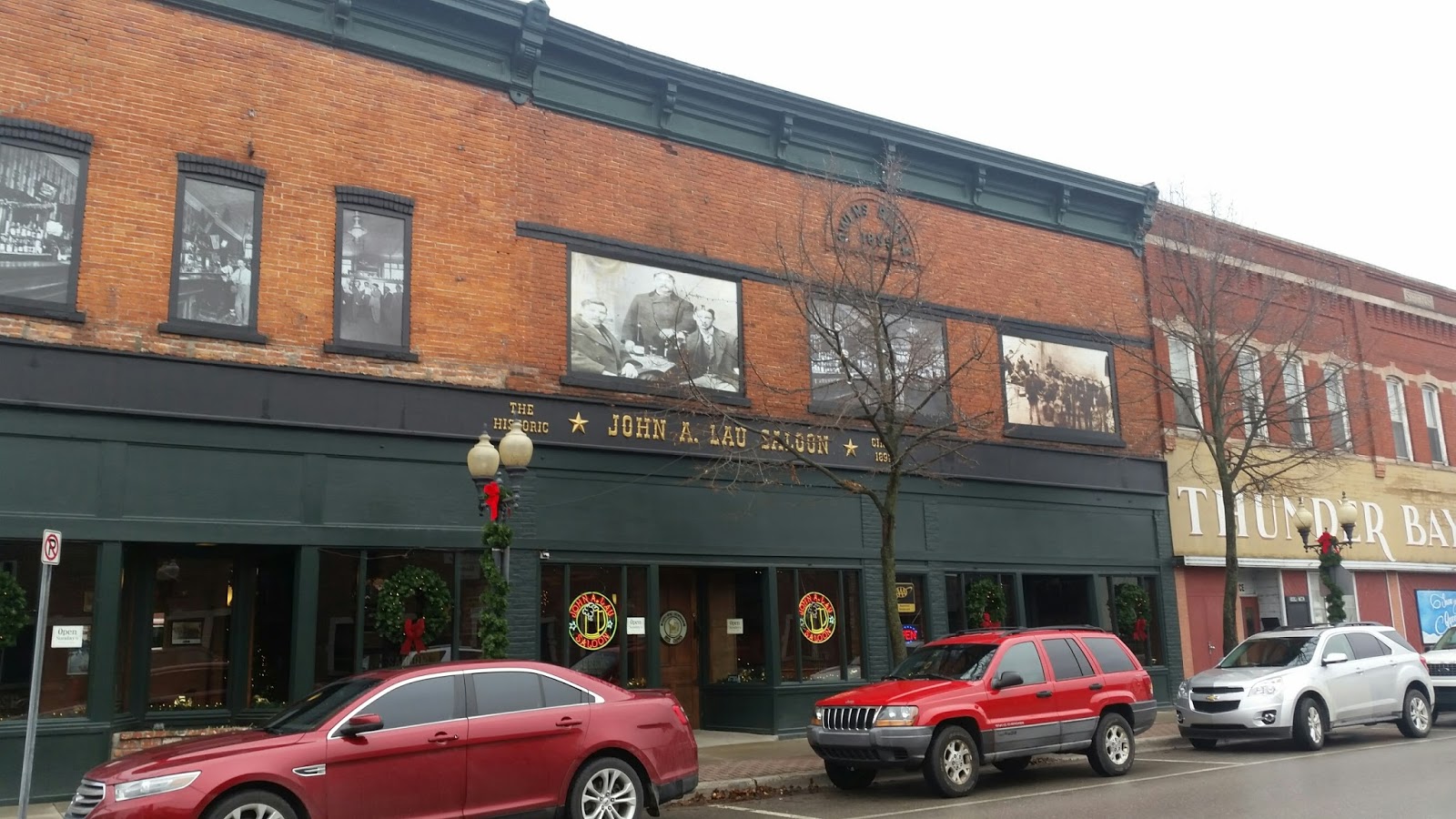 Our travels took us to the northeastern coast of Michigan for a visit to a restaurant loaded with personality and historic character. The Undercover Divas stopped by the “haunted” John A. Lau Saloon in Alpena, alleged to be the most notoriously haunted place in Alpena, if not one of the most in Michigan, itself.

Entering this restored, historic Alpena saloon, past Indian Bob, your attention is drawn to the bar that looks like it came out of the Old West. There is even the portrait of a lady from the past, hanging behind the bar in a gilt-edged picture frame. This is the original section of the saloon. From the life-sized model Indian nicknamed Indian Bob, to the lady in the bathtub and large moose head on the wall, the atmosphere is fun and funky. Fortunately, it still has this historical theme.

A young German immigrant by the name of John A. Lau opened the John A. Lau Saloon in the late 1800s to supply the liquor to the lumberjacks and longshoremen from the Alpena forests. John and his wife, Agnes, ran the saloon for many years. Today, many people believe it is Agnes’ spirit that haunts the restaurant. If she doesn’t like an employee, they are in trouble. She has been known to throw things and make employees drop their trays.

According to Mid Michigan Paranormal Investigators, restaurant customers and employees have seen a woman move up the stairs, felt cold spots, and smelled unusual odors. Most things seem to point to Agnes, but the haunting could be from one of the former customers of the Owens Funeral Parlor, which is now part of the restaurant. It is in this space that many sightings of a woman dressed in period clothing have occurred.

To the right of the entrance, the area that is now the restaurant’s banquet room, is where the Owen’s Funeral Parlor was located. The basement is where the embalming took place more than a hundred years ago.  Antiques, local photographs and trophy mounts highlight each of four dining areas, The Main Room with an overlooking loft, the Pub, the outdoor Beer Garden, and the warm, private dining area, the Antler Room.

Like the people inside, the restaurant’s menu is diverse and casual. One DIVA had the Blue Babe ($10.99), an excellent blue cheese burger. I had the Porker ($9.99). The Porker is a pulled pork sandwich with home-made chips. It was also very good. Saturday Night features the Prime Rib of Beef, ranging in price from $19.99 to $26.99, depending on size. The John A. Lau Saloon serves six Michigan Micro Beers on Draught. They open at 11:30 a.m. for the lunch crowd.

The John A. Lau Saloon is loaded with personality and historic character.  We may never know all the violence or tragedies this saloon and town have seen.  Their food is good but a bit pricey. The servers were friendly and delivered the food in a timely manner. Although it is a saloon, they are family-friendly at lunchtime. The next time you are in Alpena, stop by the John A. Lau Saloon. They are located in the “old town” section of Alpena at 414 N. Second Ave.  Phone:  989-354-6898.  You may get lucky enough to catch a glimpse of the ghost of Agnes or John.